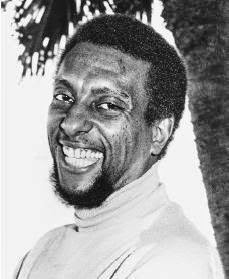 Speaking from a revolutionary vantage point, he offered his ingredients to what would serve as a foundation to attain freedom for oppressed Blacks in America and Africa. Throughout the evening he offered insights into the dynamics of the conscious and unconscious elements that exist within the oppressed Black people.  He reminded his audience about the realities of being conscious.  “A people cannot be free unless they are conscious,” asserted Mr. Ture.

After Mr. Ture dissected the elements of the conscious and unconscious, the audience was treated to his discussion on the significance of organizing and belonging to an organization.  He recalled many times that he was arrested and not having to worry about bail or legal representation because he knew whatever organization he was affiliated with, would take care of him.

A dedicated Pan-Africanist for over 30 years, he said, “I’m not a leader – I’m an organizer!” Mr. Ture says that as Black people, we need to organize and belong to an organization. He says that when our brothers and sisters get together our political affiliation should be a part of our greeting, such as, “Hey brother, I’m with UAM – who are you with?” Mr. Ture went on to say, “An individual can do nothing by themselves.”

Throughout the evening, Mr. Ture consistently articulated his wisdom from perspective of revolution.  On occasion he laughed and joked with the audience as he shared his boyhood experiences.  These are the same experiences that helped to shape the political activism of the man that stood before the masses on February 5th, 1997 - a revolutionary. As many of his friends can attest, Mr. Ture still answers his telephone the same way - “Ready for revolution!” - because as he said many times, "I am a revolutionary…100%!”

Posted by Brooks blackboard at 11:46 AM