Turmoil at Temple: Excerpts of The Blackboard's interview with Dr. Anthony Monteiro 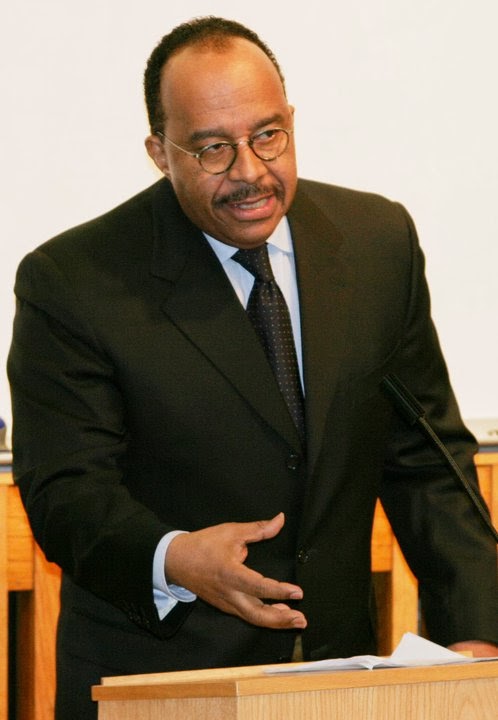 See an excerpted version of The Blackboard’s interview with Dr. Anthony Monteiro below:

The Blackboard (BB): So what are the next steps Dr. Monteiro to address this issue? Where do you go from here?

Dr. Anthony Monteiro (DAM):We’re developing a united front – a coalition of labor, faith based organizations – that is everybody from Christian, to Muslim to Buddist to Hari Karishna – whoever you might be, grassroot community organizations, scholars, students, and youth. A coalition that is saying to the administration of Temple University, this is not acceptable, Dr. Monteiro has to be reinstated, you have to override the actions of this Dean, and that if you do not accede to what we consider are the just demands of the black community for education and for scholars who would educate our children as well as white children, if you do not accede to that, we will take action to force the university to do the right thing.


BB: When you talked about a united front – are your colleagues there at Temple University as well as professors across the country – are you getting support there?

DAM: My colleagues – that’s a very interesting concept. My colleagues in the department have demonstrated that they do not understand how to fight for their own best interests. So they’ve said nothing, and that’s no problem because the larger academic community is weighing in. You know, there’s a letter, a call to action, a call to reinstate me that has just begun to collect signatures, I believe yesterday. Already scholars from prestigious universities and not from prestigious colleges and universities around the nation are signing on. I’m talking about from Harvard, from Columbia, from the University of New York even some from Temple have begun to sign this letter calling for my reinstatement that is addressed to Dr. Theobald. But we’re also going to start a local petition campaign, an online petition campaign and we hope by April 1st to have forty thousand signatures.


BB: Considering your reinstatement back to Temple – can you tell me and my readers – why is that so important, in the context of the Black Liberation struggle and you reaching and touching the students there in Philadelphia – what is the significance of your reinstatement? Talk about that please.

DAM: I think about this a lot. You know our people, although we are denied the educational resources and the opportunities we should have, our people still place a lot of value in education. And when they send their children to universities, parents are taking large loans and they make huge sacrifices for that education - they expect and want their young people to know about W.E.B. Dubois and what he wrote, Ella Baker, Fannie Lou Hamer, James Baldwin, Martin Luther King, Malcolm X, the civil rights movement, Amiri Baraka, the Black Liberation movement, what is Pan-Africanism. These are foundational aspects of our history, of our intellectual light, being that I not only read books and write about these topics but the fact that I was involved in so much of this brings a quality to my teaching that you just do not get just because you have a Ph.D.

Then of course, I represent in my thinking that radical trend in African American thinking. A Kwame Ture, a Huey P. Newton, Angela Davis – is that left wing of African American struggle that I believe is the hegemonic and dominant trend within Afro-American intellectual and practical activity. I think it would be extremely difficult to replace me in the education life of the students at Temple. And I think, it is hubris, extreme hubris, on the part of the dean to say we’re going in another direction and we don’t need him. You might not need me but the children, especially the African American young people have made it clear – we need people like Dr. Monteiro and that’s why it is so important.


See Part I of Turmoil at Temple here

Posted by Brooks blackboard at 9:20 PM