Ferguson/Garner protests: The uprisings will continue until...

For over a month now, the world has witnessed a special moment unfolding in America where literally thousands upon thousands took to the streets in a stunning display of mass resistance in response to, not one but two recent controversial grand jury rulings. The world took notice of the rebellious uprisings emerging in city after city – from Ferguson, Missouri to Brooklyn, New York to Oakland, California – making their presence felt uptown as well as downtown, in the ‘hood’, and on college campuses. Protestors infiltrated and disrupted holiday shopping, Thanksgiving parades, Christmas events – brought the nation’s major highways and the railroads to a stop – gnarling traffic for miles.
Two separate high profile grand jury proceedings in St. Louis and New York City ruled against indicting police officers, Darren Wilson and Daniel Pantaleo – in essence validating their use of deadly force against Michael Brown and Eric Garner, respectively. The vastly unpopular rulings triggered an incredible wave of mass resistance protesting against not just the police brutality issue but also against the abysmal lack of accountability for killing unarmed African American men. The grand jury’s decision not only exonerated the use of deadly force with no criminal charges but the decision also reinforced the notion that such deadly force is indeed the standard operating procedure, particularly when unarmed African Americans are involved. But there’s more - the grand jury’s decision essentially enables the uninterrupted freedom of both officers and allows them to return to their jobs, to walk the beat above ground while the bodies of Michael Brown and Eric Garner lay buried below ground. 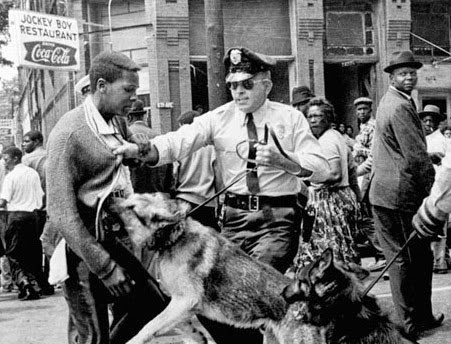 The ruling triggered painful reminders from a wretched racist past.  Take for example, the ruling serving as a reminder of the second-class citizenship that typically characterized Black America in the days before integration – you know, like when lynching was routine.  Another reminder of how unjust and unequal the criminal justice system is towards the black communities that make up Black America.  Another reminder of the Black America’s relationship with the police and how different that relationship is with other communities that make up the nation. Another reminder of the role the police had during the Civil Rights and Black Power Movements – as the first line of defense -  the brutal enforcers of Jim Crow and legal segregation. Another reminder of their role with COINTELPRO. And yet another reminder of the tragic failure of the state to recognize black humanity.
Consider for a moment what activist Rosa Clemente recently noted when she underlined significance of the ruling: “…The grand jury’s refusal to indict Darren Wilson means that the physical evidence, testimony of witnesses, police report on the incident, and Wilson’s own inconsistent and implausible account will never be subject to cross-examination, scrutiny, and comparison before a jury.”  Simply put, Ms. Clemente nailed it in pointing out the implications when police are left unindicted – no trial, no public scrutiny, no transparency and certainly no accountability. That’s why so many are just infuriated with the grand jury refusals to indict, and in fact, held very little hope for indictments of police officers Darren Wilson and Daniel Pantaleo.  Deep down…we already knew…
Take the Michael Brown case for instance where there were issues from the start. There were several events that instilled doubt within the local Ferguson community and larger extended community who demanded justice. Aside from not having a video of the shooting, Mr. Brown’s character came under heavy scrutiny, while the Prosecuting Attorney, Mr. McCullough refused to recuse himself from the case despite the strong conflict of interests.  Doubts around the Brown grand jury grew stronger as leaks spilled out, at one point, almost daily.  For days, all eyes were squarely riveted on Ferguson as we constantly heard that a decision “was coming any day now.” We braced ourselves for the worst… During this time the Governor announced his plan to deploy the National Guard, and declared a state of emergency…before an emergency.  Businesses fortified themselves as if preparing for a hurricane to blow through town. Schools closed down. Gun sales hit the roof. And then the announcement was made hours after the day turned into night - at the nighttime hour of nine o clock - Darren Wilson will not be indicted.  The Ferguson community erupted at the news and the rebellious uprising was in full swing quickly spreading across the country like California wildfire.  To make matters worse, we gradually learned about disturbing issues with the grand jury – first, the inconsistent presentation of evidence, and most recently, the apparent issues with lying witnesses. 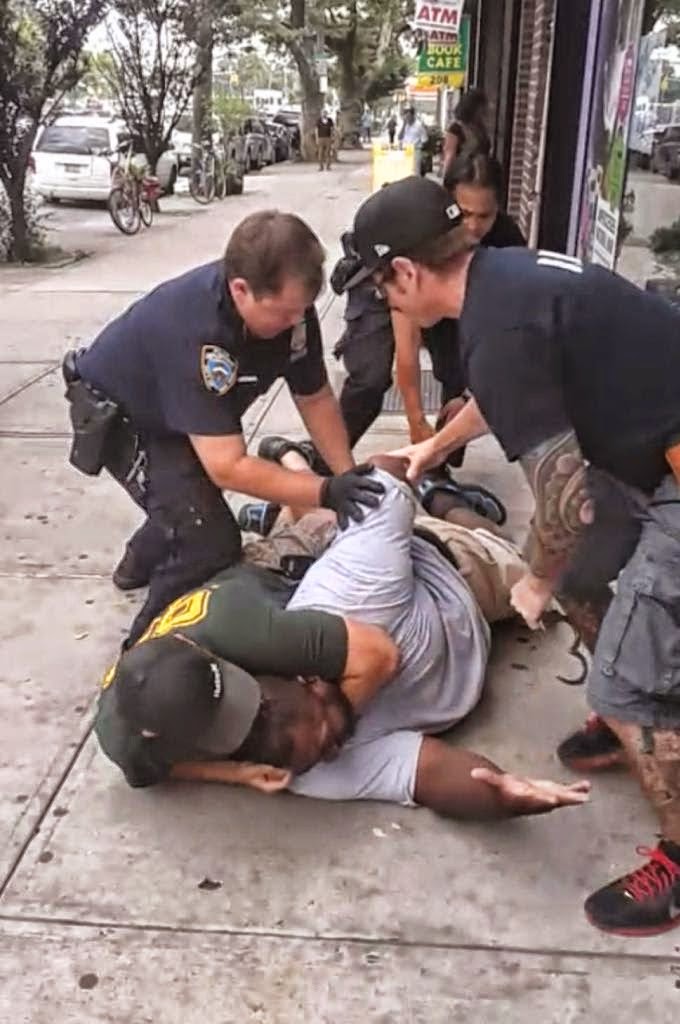 Then less than two weeks after the Brown grand jury decision, the Garner grand jury decided not to indict NYPD Officer Daniel Pantaleo. Despite the cellphone video showing an illegal chokehold used on Mr. Garner by Mr. Pantaleo as well as Chief Examiners Report that
ruled Mr. Garner’s death a homicide!   Just like the Brown case, there were issues with the Garner case from the start – community demands for a special prosecutor, concerns regarding a jury pool being picked from a biased pro-police Staten Island community and the Staten Island District Attorney seemingly delaying the grand jury process considering they didn’t start hearing evidence until nearly October – almost three months after Mr. Garner was killed. To make matters worse, nearly ten days after the Brown grand jury ruling, the Garner grand jury was announced and the public response was both swift and fierce with a flurry of daily protests around the country.

And then two New York City police officers were gunned down on a Saturday afternoon – and you can sense the gradual shift in the narrative as the pro-police forces began to assert themselves. The police killing was immediately linked to the protests, and echoed loudly with inflammatory commentary by police union chief Pat Lynch, former governor George Pataki and former mayor Rudy Guiliani.  Ironically though, calls were made to halt the protests against the police violence while making no mention of stopping the pro-police protest rallies or their divisive rhetoric.  Nonetheless a debate quickly emerged – should the protests continue in light of the two dead NYPD officers?  But the real question is not whether the protests should continue or not but rather - When will police officers be held accountable for their criminal use of deadly force?

Meanwhile, the protest demonstrations continued unabated – and for a few good reasons. Let’s see, the issue of police brutality and violence has become a national crisis.  An issue that has been ongoing for many years with no apparent repercussions or consequences for police use of excessive deadly force. The police officers routinely get the benefit of the doubt regardless of the questionable circumstances that ultimately feeds doubt.  And then, aside from the Brown and Garner grand jury rulings, police officers were also not indicted in grand jury cases for Ezell Ford, John Crawford, Jonathan Baker, and Keyarika Diggles.  Yes – the protests have continued…and for good reason.


Posted by Brooks blackboard at 3:59 PM No comments: