Attorney General Confirmation Hearings: "...I will be Loretta Lynch." 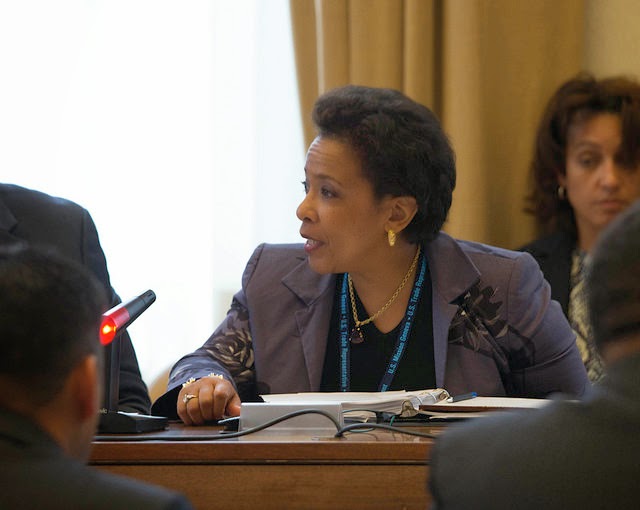 Confirmation hearings were recently held for President’s Obama’s nominee for U.S. Attorney General, Ms. Loretta Lynch to replace Eric Holder, who resigned four months ago.  Ms. Lynch currently serves as the U.S. Attorney for the Eastern District of New York.  If confirmed, Ms. Lynch would be the first African American woman to lead the Department of Justice – certainly a plus for the President’s legacy. Since the start of the Obama administration, both the President and Attorney General – both African Americans – have been the source of some very intense opposition and hostility from Republicans. When Holder announced his resignation, he was immediately described as “the most divisive U.S. Attorney General in modern history” by Republican Congressman Dan Issa, who serves as Chairman of the House Oversight and Government Reform Committee.  This is what Mr. Issa had to say: “Eric Holder is the most divisive U.S. Attorney General in modern history and, in a vote supported by 17 Democratic House Members, has the dubious historic distinction of being the first Attorney General held in criminal contempt by the U.S. House of Representatives,” said Chairman Issa. “Time and again, Eric Holder administered justice as the political activist he describes himself as instead of an unbiased law enforcement official.  By needlessly injecting politics into law enforcement, Attorney General Holder’s legacy has eroded more confidence in our legal system than any Attorney General before him. Republicans have attacked Mr. Holder on critical national issues such as voting rights, terrorism, and immigration while pointing to controversial issues such as the Fast and Furious and IRS scandals. 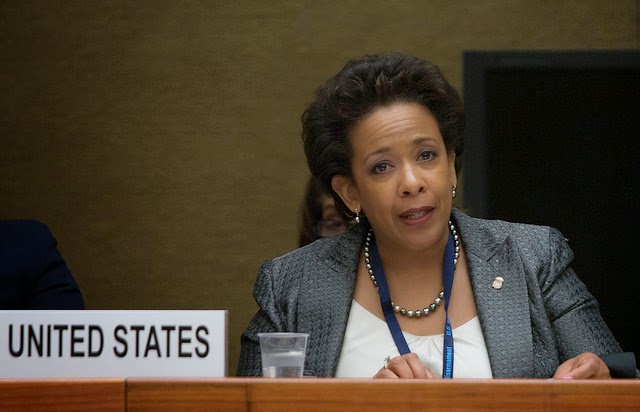 For two days, confirmation hearings were held on January 28th and 29th – where Ms. Lynch provided her testimony on the first day, and a lineup of witnesses gave their testimony on the second day.  But the hearings quickly took on more of a tone that appeared to attack Attorney General Holder’s leadership at the Department of Justice (DOJ) instead of a forum to discuss Ms. Lynch’s qualifications. Aside from the president himself, no one within the Obama administration have faced similar hostility from the Republicans – other than Eric Holder.  The committee will spend an entire day hearing testimony from a lineup of invited guests who have been highly critical of Mr. Holder.


Senator Chuck Grassley (R-IA), who serves as the Chairman of the Senate Judiciary Committee Judiciary does not shy away from this and made it quite clear in his opening statement when he asserted: “…Department of Justice that is deeply politicized.  But that’s what happens when the Attorney General of the United States views himself, in his own words, as the President’s “wingman.” I don’t expect Ms. Lynch and I will agree on every issue. But I for one need to be persuaded Ms. Lynch will be an independent Attorney General.  The Attorney General’s job is to represent the American People — not just the President and not just the Executive Branch.  So, today we’ll hear from Ms. Lynch. Tomorrow we’ll hear from a second panel of witnesses – many of whom will speak directly to the many challenges facing the Justice Department under the Obama Administration. As I listen to both panels, I’ll be considering whether Ms. Lynch has what it takes to fix the Obama Justice Department.  We need to get back to first principles, and that starts with depoliticizing the Department of Justice.” 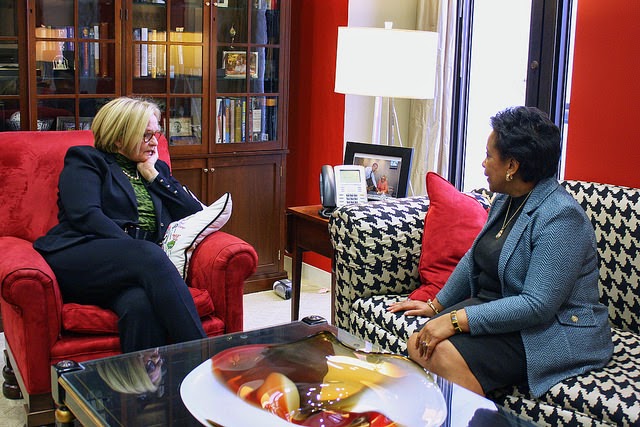 So on the first day of the hearings, Ms. Lynch faced a line of questioning from both Republican and Democrats about prosecutorial discretion, trade secrets, child pornography, undocumented workers and immigration, the impact of budget sequestration, FISA expiring provisions, the death penalty, solitary confinement, and marihuana legalization.  Although pressed hard by the committee, particularly from Jeff Sessions and Ted Cruz, the hearings bore little resemblance to the contentious political climate that currently exists between the President and Congress. Republicans even gave Ms. Lynch high praise for her legal mind and impeccable credentials before Ms. Lynch answered a number questions intended to help Republicans identify the issues where she agrees and disagrees with the President and Attorney General.  Nevertheless, the Republican concern dominating the hearings focused on whether she can establish her independence from the President, “…can you tell the President, no?” or, “Are you Eric Holder?” So where does Ms. Lynch stand on the issues… on the death penalty, “I believe the death penalty is an effective penalty…” On National Security Administration terrorism surveillance, “Certainly constitutional and effective,” says Ms. Lynch. On the right to vote, Ms. Lynch told the Judiciary Committee: “Given the fundamental importance of the right to vote, should an issue be raised, it is something that the Department of Justice has an obligation to review and consider whether or not it should get involved...”


Throughout her testimony, Ms. Lynch appeared to maneuver and navigate her responses around politically tainted questioning - by sticking to the law. For example, Ms. Lynch consistently referenced in her responses to this line of Republican questioning about the need to determine if there is evidence of a legal framework that supports the requested action. Republicans.  Over and over again she repeatedly cited the need for the legal framework.  She later reassured Republicans: “If confirmed as Attorney General, I will be myself.  I will be Loretta Lynch.   I pledge to this committee that I want to hear your concerns. I want to listen to your concerns and I will always be open to discussing those issues with you.”

The hearings are over but the path to confirmation though will not be a smooth one as Senate Republicans have already publicly oppose her confirmation -  Senators Ted Cruz (TX), Jeff Sessions (AL), John Cornyn (TX), David Vitter (LA), Mike Lee (UT) and Rand Paul (KY).  In addition, troubling details have emerged - Ms. Lynch apparently failed to inform the Judiciary Committee of a CBS interview she did about the European financial giant, HSBC.  Ms. Lynch was part of the DOJ team who announced a billion dollar settlement in fines with HSBC for their money laundering practices - with cartel drug money. The Judiciary Committee will vote on Ms. Lynch's confirmation in late February.

Posted by Brooks Blackboard at 10:53 PM