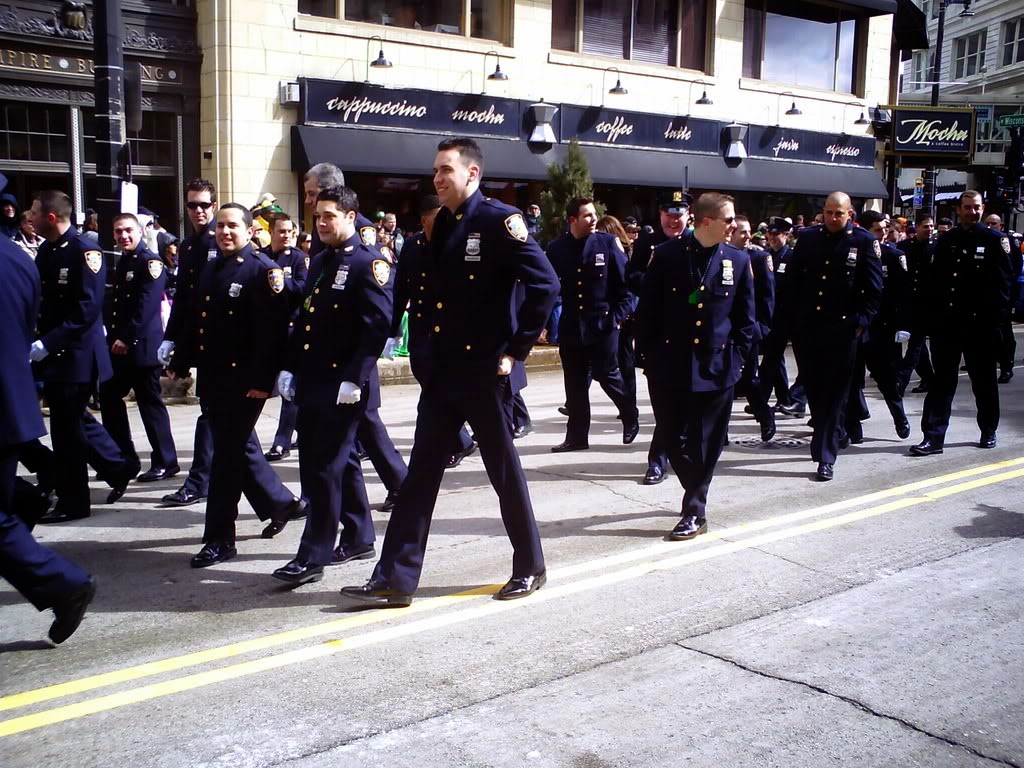 Although 2013 is behind us now – let’s take a look at some of the more critical issues and developments that occurred during the year. The Blackboard has put together a three-part year end review that briefly outlines these critical issues where the first part takes a look at some of the striking developments within the criminal justice system where many ask the simple question – is it justice or just us?

Trayvon Martin
There was probably no news more stunning than the summer time verdict that let an armed neighborhood watch volunteer for a gated community walk out of court a year after shooting and killing, Trayvon Martin an unarmed African American teenager. Known forever as the Zimmerman verdict – where six jurors decided that George Zimmerman was not guilty of second degree murder and manslaughter charges. Where were you on that Saturday night when the not guilty verdict was read? In the days that followed, hundreds of people took to the streets venting their frustration over the unpopular verdict - and asked the question over and over, “What about justice for Trayvon Martin?” The unpopular Zimmerman verdict resonated so deeply with Blacks because the verdict represented yet another example of racial inequality relegated to those branded as second-class citizens. For many years, the criminal justice system was not color-blind and has been a source of hostile relations; the constitutionality of slavery in prisons, lynching, Scottsboro Boys, Emmitt Till, COINTELPRO, Rodney King beating, disproportionate rates of incarceration, stark disparities in arrests and sentencing, War on drugs, acts police brutality and misconduct legitimized, jury selection process, racial profiling, and stand your ground laws are a few examples. Blacks were particularly incensed because of the collective sentiment feeling that the long history of injustice has repeated itself – again. For a brief moment, there was yet another national conversation about race relations sandwiched in between stand your ground laws and racial profiling that slowly dissolved into muted silence. If nothing else, the Zimmerman verdict brought the stand your ground laws around the country into immediate focus with a spotlight cast on the cases of Marissa Alexander and Jordan Davis.

Voting Rights
But less than a month before the Zimmerman not-guilty verdict, there was an equally stunning decision by the Supreme Court as they struck down a key provision in the landmark 1965 Voting Rights Act (VRA). As a safeguard against racially discriminatory practices intended to impede voting, the VRA contained a provision requiring nine states to seek “preapproval” or preclearance before any changes to voting laws and procedures are enforced. The Court ruled that preclearance was no longer needed for these nine states; Alabama, Alaska, Arizona, Georgia, Louisiana, Mississippi, South Carolina, Texas and Virginia, who are now free to make any changes to their voting laws and procedures. The concern is that although, bills are proposed to the public as measures to restore confidence and integrity in the electoral process by eliminating voter fraud, opponents view them as measures designed to make the voting process harder and more difficult – commonly known as voter suppression laws. Texas and North Carolina have already passed voter suppression laws and each face lawsuits from the Justice Department.

Even before the Supreme Court ruling, in anticipation of the 2012 presidential election, several states proposed voter suppression laws. In the months leading up to the 2012 Presidential election, there were a number of bills proposed and signed into law that, in one form or another applies newly stringent requirements in order for one to exercise their right to vote. Based on the Brennan Center’s analysis of the 19 laws and two executive actions that passed in 14 states by the 2012 election, more than five million eligible voters were impacted with “significantly harder” requirements to cast a vote. In addition, the states that have already cut back on voting rights will provide 185 electoral votes in 2012 – which accounts for more than two thirds of the 270 electoral votes needed to win the presidency.

Stop & Frisk
New York City’s controversial policing practice, stop and frisk, was ruled unconstitutional by federal court and upheld by a federal appeals panel when challenged by NYC attorneys. While the data is quite troubling, what is more disturbing – yet not surprising is the steadfast and relentless stream of comments from the out-going Mayor Bloomberg and outgoing NYPD Police Commissioner Ray Kelly. The Bloomberg/Kelly narrative defended their use of stop and frisk by using scare tactics and exaggerated language – the return of more guns and street crime – clearly designed to instill fear and anxiety in New Yorkers. The larger question here though is whether Bloomberg/Kelly attempted to gain support for their narrative by injecting racial politics to instill racialized fear. See the Blackboard's post on this issue here.

IRP - 6
This is a case that has managed to escape the bright glare of media attention – despite all the ingredients needed for a story to go viral. For example, this case shows signs of trumped up charges, wrongful convictions, lack of fair play, government interference, and highly questionable incidents such as missing court transcript pages – and not just a few pages – no less than two hundred missing court transcript pages. When you read the information, the question may ultimately come up – where is the media coverage on this issue? While this is a complicated case – once you read through the information – it’s actually not that complicated – injustice never is. It really begs the question that more people should be asking - How come this issue has not gained traction amongst black elected officials – on the local, state and national level, or from civil rights leaders and activists with the backing and support from their civil rights organizations, or from talk-show hosts, investigative journalists, pundits and the like?

So by now you may be asking yourself - exactly what is this case about. Well, the IRP 6 stands for the Investigative Resource Planning Solutions Corporation (known as IRP) and the six men (five who are African American) who have been imprisoned since 2009 – on mail and wire fraud charges. The six imprisoned men are actually executives at IRP – a software development company that started in February 2003. After the terrorist attacks on September 11, 2001, they saw an opportunity as the debate raged on about the inability of government agencies to communicate and share information with one another. While the intelligence community worked to revamp their structure and operations – these IRP executives worked to develop software that would eliminate this communication obstacle among government agencies involved with intelligence. Prospective clients included the Department of Homeland Security (DHS), the Department of Justice (DOJ) and the New York City Police Department (NYPD). Impressive right? IRP was working to customize the software to meet the technology needs for their prospective clients but was faced with difficulties in meeting their staffing bills. IRP had to hire additional temporary staff of information technology (IT)professionals to meet the customized needs – with the expectation they would be landing the big contract but they needed more time to make the sale. But IRP fell behind on bills and these bills became delinquent while they accumulated debt. Sounds like a debt collection case doesn’t it? Instead, they were accused, in federal court, of essentially running a scam with the intention of stealing millions of dollars. Their business offices were also subjected to a SWAT styled raid by at least 20 or so federal agents.

For more information on this case see this for a comprehensive background on the case; see this overview of the case with important details available here and two excellently written stories available here and here. Also see these links for the story on the IRP6 as well as an interview and article written by Mr. David Banks, one of the IRP6

These links will be posted on The Blackboard's resource page as well.


Posted by Brooks Blackboard at 11:58 PM No comments: 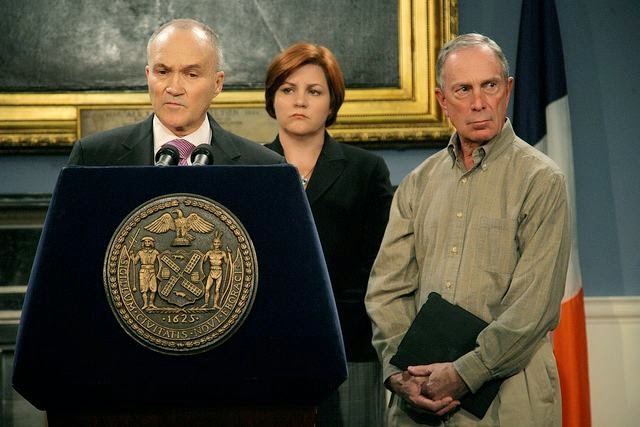 Less than three months after New York City’s controversial policing practice, stop and frisk, was ruled unconstitutional by Judge Shira Scheindlin, the US Court of Appeals for the Second Circuit granted a stay on her ruling and removed the judge from the case. The October 31st ruling by the federal court of appeals blocks the numerous remedies outlined by Judge Scheindlin that would align the maligned police practice with the US Constitution until the whole appeals process plays out. So the appointment of monitor to oversee reforms, revised policies and training regarding stop and frisk and racial profiling, and the use of “body-worn cameras in a “pilot” project in one precinct per borough – “specifically the precinct with the highest number of stops during 2012” – would now be put on hold.

Since the ruling, a motion was filed by NYC attorneys to vacate or throw out Judge Scheindlin’s decision; and the police unions have gotten involved with their requests to the appeals court – apparently a tactic to neutralize Mayor-elect DeBlasio’s intentions to drop the appeals once in office.

Read more »
Posted by Brooks Blackboard at 1:01 AM No comments: