Who will Biden pick? 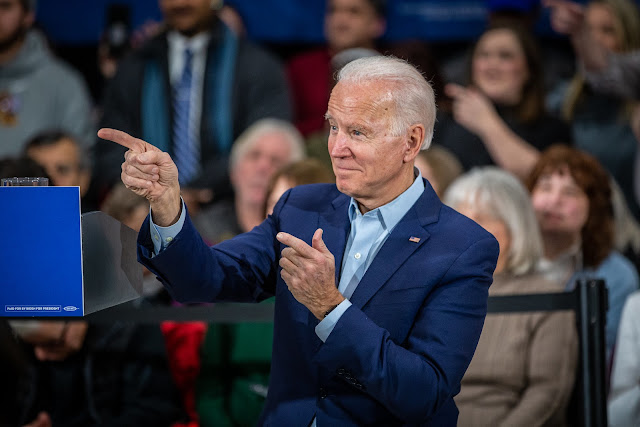 Ever since Joe Biden, the presumptive Democratic party nominee said he would nominate a woman as his vice-president, there’s been much anticipation around who he would pick as his running mate. In fact, not long after Biden made his announcement during the March 15th primary debate did he start to feel the pressure to pick a black woman as his vice-president that only intensified in the wake of the nationwide racial “reckoning” due to the police killing of George Floyd. 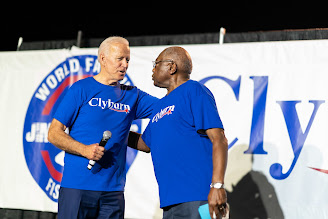 Interestingly enough, polling results supports this - in a Yahoo!News/You Gov poll  62% responded it was the right decision for Biden to pledge VP woman pick – Blacks (83%), white (59%), and Latino (64%); 36% overall and 61% Blacks said it’s important to pick a woman of color. In another poll, the USA Today\Suffolk poll, 35% Democrats said it was "very important" to them that his running mate be a woman of color; and 37% said it was "somewhat important." Incredibly though, the polling shows 75% of whites said it was very or somewhat important to them compared to 60% for Blacks.   Rep. Clyburn (D-SC) affirms the importance when he told NBC News, "I really believe that we've reached a point in this country where African American women need to be rewarded for the loyalty that they've given to this party."

In fact, Black women, as a political bloc intend to use their years of voting investment in the Democratic Party as leverage, both as voters as well as candidates  running for office.  As voters, 55% of eligible black women voters voted in November 2018 – 6 percentage points higher than the national turnout.  Black women are also credited with their role in President Obama wins in 2008, 2012 , as well as the 2017 special election in Alabama and in the most recent 2018 midterm elections.  In their report, the Center for American Women and Politics wrote that as candidates, “Black women were elected to Congress for the first time from 3 states in election 2018, and 4 of 5 freshman Black women members of the 116th Congress (2019-2021) were elected in majority-White districts.”

There's the widely held sentiment among groups pressuring Biden that it’s time for a black woman to be nominated as vice president as a tangible return on their voting investment with the Democratic Party. In addition, there’s a strategic element considering the post is a gateway to the presidency as well as the expected boost to voter enthusiasm and turnout.  Then of course, there’s the sheer symbolism for black women to see one of their own in the White House serving as Vice President. But the compelling question that has to be asked here – is that enough? Is naming a black woman as vice president enough to mute the cries around the black vote being taken for granted as a tangible return for the voter support Black women provided to the Democratic Party?

Polling data casts some doubt on the much-expected boost in enthusiasm and turnout. According to Yahoo!News/You Gov poll; 52% said Biden’s choice could make me more excited, but I’m voting for him either way – 55% for blacks.  This result tends to suggest that Biden loses little if he decides not to pick a black woman while only 19% said that Biden’s choice could convince me to support him.

But this is not a question of whether black women are qualified to serve as vice president but rather who will they serve. There’s this collision of race and politics that's almost appears to be an illusion. There's this spotlight on racial identity to take advantage of appeals made on the basis of race during the campaign only to be morphed to racial neutralism when actual governance and policy takes place, should Biden win. This is where Black folks are typically told that a rising tide lifts all boats...

Dr. Keeanga-Yamahtta Taylor recently wrote in the New York Times: As more blacks entered the middle class, political demands shifted. Black elected officials were more in tune with the needs of their middle-class constituencies, black and white, than they were with the needs of the black working class. And their middle-class constituencies were more often concerned about a rise in property taxes than in ensuring access to a local Head Start.   Bear in mind that according to Pew Research: in 2019, 43% of Black Democrats called themselves moderate, 29% called themselves liberal and 25% called themselves conservative.

However, time will tell if the current racial climate will be enough leverage to shift this paradigm.

1. Will the nomination of a Black woman as Vice President amount to “Black faces in high places”?

2. Is it fair to ask what will she do for Black America if Biden wins the November election?

Posted by Brooks Blackboard at 10:54 PM